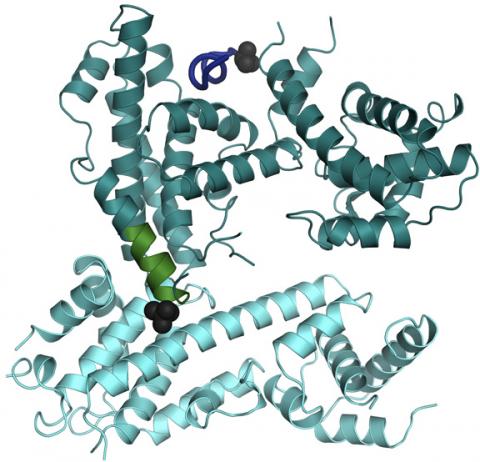 Nonfunctional pituitary adenomas are among the most common primary brain tumors, and range from slow-growing lesions to more proliferative or invasive variants that devastate quality of life by causing hypopituitarism, vision loss, and headaches. Transsphenoidal surgery remains a mainstay for reducing tumor burden, but there are no adequate treatments for patients whose tumors invade adjacent structures.

"Producing a molecular explanation for the etiology of these adenomas is essential to develop targeted therapies for large tumors lacking effective treatments," says Manish Aghi, MD, PhD, professor of neurological surgery at UCSF.

Unfortunately, work to date has not identified somatic mutations that could be responsible for tumor initiation in a large proportion of adenomas. However, epigenetic and allelic deletion analyses have revealed alterations in the retinoblastoma tumor suppressor protein (Rb) pathway. Rb, the first tumor suppressor identified, restricts cell cycle entry unless its expression is lost of it is phosphorylated.

Together with Joseph Costello, PhD, Aghi is using genetic and epigenetic assessments and site-directed biopsies of non-functional pituitary adenomas to define changes in the Rb pathway, the sequence of those changes, and their biologic consequences and impact on therapeutic responsiveness.

The studies will test a central hypothesis that Rb pathway alterations occur in most nonfunctional adenomas and are associated with larger, more invasive adenomas. Changes upstream of Rb are through to drive more proliferation, while changes in the Rb gene are thought to drive invasion.

Upstream of Rb, normal expression of the genes INK4 and CIP/KIP inhibits activity of the cyclin-dependent kinases responsible for Rb phosphorylation. Loss of this gene expression may be the source of increased Rb phosphorylation, and provide a new target for drug therapy.

In the clinic, molecularly stratifying patients with pituitary adenomas based on their Rb pathway status may eventually allow personalized molecularly targeted therapies, potentially reversing the devastating impact of these tumors.

There are several compounds targeting various components of the Rb pathway - including cyclin-dependent kinases - that are currently FDA-approved. If their initial hypothesis proves valid, Aghi and Costello hope to begin testing these drugs against nonfunctional pituitary adenomas in the laboratory.

The research is being funded by a grant from the UCSF Resource Allocation Program, which coordinates intramural research funding opportunities for the UCSF campus.