The Management of Residual and Recurrent Cushing’s Disease 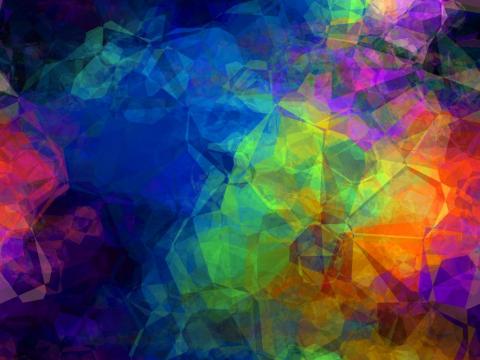 When faced with patients who have persistent or recurrent hypercortisolism due to clearly documented ACTH-producing pituitary tumors, one must carefully consider the different treatment alternatives in the context of the affected patient. Ideal therapeutic strategies are directed at resolution of the hypercortisolism and also control the offending tumor. In many cases, however, these objectives of treatment must be dealt with independently. Patients should be advised of the available treatments, expected outcomes, risks, inconveniences, and costs so that they can make informed decisions on how best to proceed. Referral to a tertiary medical center should be seriously considered.

Repeat transsphenoidal surgery should be considered for all patients with residual or recurrent Cushing’s disease that is identifiable on MRI of the pituitary gland. Those with macroadenomas and accessible tumor visible on MRI may benefit from a marked reduction in tumor mass and a consequent fall in ACTH and cortisol levels. We do not, however, favor repeat surgery for patients who have evidence of invasion of the cavernous sinuses, sellar floor, or extension of the tumor into inaccessible suprasellar regions. In general, approximately one-half to three-quarters of patients with microadenomas can be expected to enter remission following repeat surgery when procedures are performed by experienced neurosurgeons. Repeat surgery rarely results in remission for patients with macroadenomas, but can be useful to control mass effect and reduce ACTH and cortisol levels when other modalities have failed.

Remission can be expected in 50 to 80% of adult patients treated with conventional, fractional megavoltage radiation therapy. Unfortunately, the response to treatment is delayed and only 50% of patients are in remission 18 months after treatment. As many as two-thirds of patients may develop deficiencies of one or more anterior pituitary hormone following radiotherapy. Stereotactic radiosurgery, most commonly in the form of Gamma Knife® radiosurgery, results in normalization of cortisol levels in 50 to 75% of patients. The mean time to normalized cortisol levels is approximately 12 months, suggesting that stereotactic radiosurgery may be more efficacous than conventional radiotherapy in patients with Cushing’s disease for whom surgery has been unsuccessful. We favor stereotactic radiosurgery whenever possible and especially in younger patients. Suitable candidates for radiosurgery include patients with lesions visible on MRI, those with microadenomas identified on MRI preoperatively and with histologic evidence of tumor at the time of surgery, regardless of whether tumor is seen on postoperative imaging studies, and those who have cavernous sinus or bony invasion. Patients with suprasellar lesions in the proximity of the optic pathways are generally referred for conventional radiotherapy.

In the event that repeat surgery will be delayed by more than four to eight weeks, and especially while awaiting the beneficial effects of radiotherapy, we favor the use of steroid biosynthesis inhibitors in order to gain control of hypercortisolism. We prefer to employ ketoconazole as first-line therapy and initiate treatment with 200 mg twice daily. The dose is escalated as needed in two- to four-week intervals to a maximum dose of 400 mg four times daily. Aminoglutethimide and metyrapone are also excellent steroid biosynthesis inhibitors but these agents are increasingly difficult to obtain. We rarely employ mitotane in patients with Cushing’s disease, as most will not continue treatment due to the side effects of the drug.

Measurement of urinary cortisol excretion rates at regular intervals is necessary in order to identify those patients refractory to treatment, those who suffer from breakthrough hypercortisolism, and also to detect hypocortisolism in those who may have responded to radiotherapy. Medical therapy should be discontinued for six weeks to permit reassessment of cortisol levels in patients who have been treated with radiotherapy and whose urinary cortisol excretion rates are in or below the lower quarter of the normal range.

Bilateral adrenalectomy is usually reserved as a last resort to manage refractory or progressive hypercortisolism in patients with Cushing’s disease. A decision to recommend adrenalectomy is not to be taken lightly as the operative mortality approaches 5% and as many as 20% of patients suffer from problems with their incisions, bleeding disorders, perioperative infections, and other complications. Further, the typical patient requires hospitalization once every one to two years. Nelson’s syndrome (progressive hyperpigmentation due to ACTH secretion and expansion of the residual pituitary tumor) develops after bilateral adrenalectomy in approximately one-fifth of patients and may require additional tumor-directed therapy. The risk of developing Nelson’s syndrome following adrenalectomy can be reduced by one-half by administering conventional or stereotactic radiotherapy.