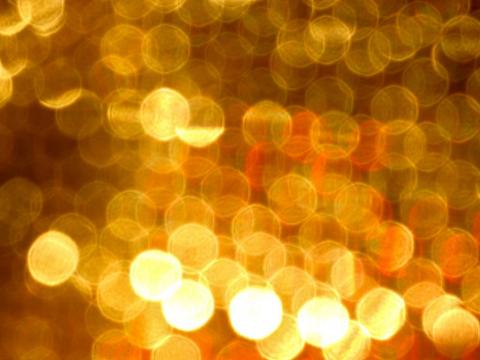 Some patients will have residual acromegaly despite undergoing a successful transsphenoidal surgical procedure by experienced neurosurgeons. Fortunately, there are a number of pharmacologic agents that have demonstrated effi cacy in the management of patients with residual and recurrent acromegaly and in those who are not candidates for primary surgery. Some of these drugs have changed the natural history of treated acromegaly. As a result, many of the more severely distressing end-stage manifestations of the disorder are now seen only infrequently.

D2 dopamine receptors are expressed on a small proportion of growth-hormone-secreting pituitary tumors and are seen most commonly in those tumors that can secrete prolactin. Dopamine agonist drugs may inhibit growth hormone secretion, and thereby lower IGF-I levels, in a small proportion of patients. Bromocriptine normalizes IGF-I levels in about 10% of patients. Cabergoline has been shown to normalize IGF-I levels in roughly one third of patients; response rates are probably higher in patients who have prolactin co-secretion. Patients with acromegaly usually require higher doses of these agents than do patients with prolactinomas. The convenience of oral administration and lower costs of these drugs when compared to other agents to treat acromegaly make them attractive choices as fi rst-line adjuvant treatment for residual or recurrent disease.

At the California Center for Pituitary Disorders, cabergoline is the preferred dopamine agonist drug for acromegaly. We usually initially treat with cabergoline (0.5 mg twice weekly) and escalate the dose, as needed, based on IGF-I levels obtained every 4 weeks to a maximum dose of 1.5 mg 3 times weekly. Side effects of therapy include nausea, headache, fatigue, and, rarely, psychotic features.

Normalization of IGF-I levels are achieved in roughly 50 to 65% of patients treated with these agents. Clinically important regression of pituitary tumors may be seen in up to three quarters of treated patients. In one study, tumor volume decreased by a mean of 44% and the maximum vertical diameter decreased by a mean of 24%. Surgical debulking of unresectable growth-hormone- secreting pituitary tumors appears to result in improved biochemical control by somatostatin receptor antagonists.

In one study, normalization of IGF-I levels was seen in 42.3% of patients prior to surgery and in 88.5% of patients after surgery. These observations suggested that surgical debulking defi nitely improves the outcome of patients after treatment with lanreotide. In our practice, we employ somatostatin analogs when there is a signifi cant tumor burden and when patients choose an injectable medication that is administered infrequently. We follow the dosing protocols recommended by the manufacturers of these products. Side effects of treatment with these agents include gastrointestinal discomfort, cholelithiasis, hyperglycemia, hypoglycemia, and bradycardia. Most side effects improve with continued administration of the drug.

Pegvisomant is a growth hormone receptor antagonist that is often used to treat patients with acromegaly refractory to surgery and radiotherapy. IGF-I levels can be normalized in as many as 95% of patients. A recent study suggests that pegvisomant does not promote tumor growth. There are several reported cases of tumor growth likely related to the natural history of progression of these tumors and also possibly related to rebound growth after discontinuation of treatment with somatostatin analogs. We usually select pegvisomant therapy when it is the patient’s preference and for patients who have not been helped by treatment with somatostatin analogs and dopamine agonist drugs. Dosing schedules follow the recommendations of the manufacturer. We favor this drug when residual or recurrent acromegaly is not accompanied by a large tumor burden.

Combined treatment for acromegaly with somatostatin analogs and pegvisomant is employed in the following settings:

Side effects of pegvisomant include local skin reactions and mild transiently elevated liver enzymes in 15% of patients.